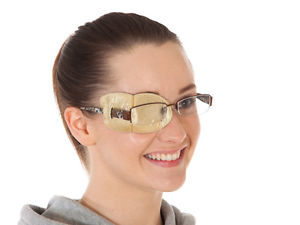 It’s estimated that 20 million people over age 40 in the U.S. have cataracts. At Aker Kasten, cataract diagnosis and surgery is one of our specialties. The surgery can change a patient’s vision so dramatically, it’s incredible. Here is some information on cataracts, especially since they are such a common eye problem as we age.

Cataracts are a common eye condition characterized by clouding of the eye’s natural crystalline lens, the transparent film that focuses the images as seen by the eye on the light-sensitive retina at the back of the eye. This condition usually occurs when proteins form abnormal clumps in the lens. When these clumps enlarge, they begin to interfere with vision by distorting the passage of light through the lens. The result is an increasing cloudiness that affects vision, especially at night.

What are the causes of cataracts?

The effects of aging, combined with lifelong sun exposure (especially here in sunny Florida), cause cataracts to develop usually beginning around age 40. The cloudiness progresses slowly, not usually affecting vision until after the age of 60. Other contributing factors to the development of cataracts are smoking, eye trauma, chronic diabetes, radiation treatments, and corticosteroid medications. Cataracts can be present in infants at birth, usually due to infection, but those cases are very rare. Usually, the progression of cataracts is so slow that most patients don’t realize their vision is becoming compromised, often simply attributing issues with things such as night driving to simple aging.

What are the symptoms of cataracts?

Cataracts occur at different rates and can affect one or both eyes at the same time. Typically, cataracts manifest no symptoms until the protein clumps have grown large enough to affect the patient’s vision. Because the development is very gradual, patients often don’t realize they have cataracts. But when they reach a certain point of development, various symptoms will show themselves:

What is the treatment for cataracts?

There is no treatment for cataracts. The only remedy is to have the clouded natural lens surgically removed and replaced with an intraocular artificial lens. The severity of your vision impairment is the deciding factor. When everyday actions like driving at night and recognizing faces becomes difficult, it is time to opt for surgery with the team at Aker Kasten. If you have cataracts in both eyes, the surgery is performed separately for each eye, allowing the first eye to recover with its new lens before removing the second bad lens. The second surgery will usually follow two to four weeks after the first. While this sounds daunting, recovery is relatively easy.

What can I expect after my laser cataract surgery?

Dr. Aker uses a suture-less technique and a procedure called phacoemulsification, which is the safest, most advanced method of cataract removal. This is used usually in conjunction with the femtosecond laser to provide precise, customized cataract surgery. Cataract surgery is usually an outpatient procedure performed under local anesthesia. The procedure often takes no longer than 10 minutes to perform. Then, you will recover for 30 minutes or so and be taken home (you can’t drive yourself) with a pair of dark sunglasses to protect your eye from bright light. At home you will wear a protective shield over your eye when you sleep.

Many patients report clear vision within several hours after laser cataract surgery, but everyone heals differently. It can take a week or two to really see things in the sharpest focus. Until then, there can be some blurry vision, as your eye adjusts to the removal of the cataract and the intraocular lens that replaced it. There is not usually any pain associated with recovery.
Tired of your cloudy vision? Let’s do something about it. Call us at (561) 338-7722 and set up a consultation for laser cataract surgery with Aker Kasten.