The key to treating glaucoma

Posted by: Aker Kasten Eye Center in Glaucoma on August 30, 2016 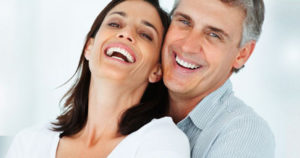 Glaucoma is a sneaky disease that can cause vision damage without causing a single symptom, until it’s serious.

Glaucoma is actually a group of related eye disorders
They all cause damage to the optic nerve, vitally carrying information from the eye to the brain. Glaucoma is typically associated with high intraocular pressure (IOP), but can also occur when pressure is normal.

Glaucoma usually has few (or no) symptoms — at first
If undiagnosed or untreated, over time, glaucoma eventually causes peripheral vision loss, and can lead to blindness.

Millions have glaucoma
The American Academy of Ophthalmology (AAO), reports that well over two million people in the U.S. have the most common type of glaucoma, primary open-angle (POAG), and about half don’t even realize it. By the year 2020, as the population continues to age, that number is predicted to increase to 3.3 million.

POAG is also called the “silent thief of sight”
That’s because in its early stages, there are no warning signs. People with the disease experience no pain or other symptoms that would indicate a problem. And vision loss occurs once the disease in its later, most serious stages.

Regular eye exams are key
Over time, the pressure on the eye can cause irreversible nerve damage and vision loss, which usually begins with peripheral vision. But routine eye exams can catch the disease in its most early stages, when it’s most treatable.

How an eye examination identifies glaucoma
The doctor checks your IOP and evaluates the optic nerve. If eye pressure is elevated or the optic nerve looks irregular, he or she can perform visual field tests plus scans of the retina and optic nerve, which can help determine the presence of glaucoma.

Treatment is available
Selective Laser Traberculoplasty (SLT) is advanced laser technology that allows us to safely and effectively treat open-angle glaucoma. Start by making an appointment for an eye exam today: (561) 338-7722.