Home » Blog » Shedding a light on the causes of near-sightedness

Shedding a light on the causes of near-sightedness

New research has shown that cases of near-sightedness in this country and around the world have been rising dramatically. Near-sightedness (myopia) is a condition that causes distant objects to appear blurry, and it used to be blamed mostly on genetics. Today, however, studies are suggesting that there are other, non-hereditary factors at work. Here’s why: 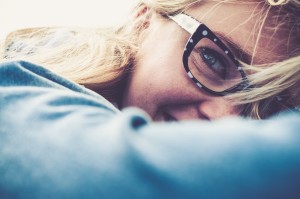 In Asian countries, the combination of long hours spent studying at a young age and not spending enough time outside in the sunlight is thought to be causing their incredibly high myopia rates. Reading hours can have a more intense impact on a 4-year-old’s vision than on an 18-year-old’s because young eyes are still developing. And the younger the onset, the more likely it is that near-sightedness will worsen, making the risk of complications higher.

In the U.S., electronic devices could be making things harder on young eyes. While they keep kids very engaged, reading on handheld devices is not good for visual development. Plus, the closer a device is to your eyes, the higher the intensity and shock to the entire visual system. Duration matters, too. Our eyes are designed to recover, but if we don’t give them a break, they can become near-sighted at a faster rate than they should.

Research shows that less time outside can equal more vision problems
Outdoor recess has been proven to be important for a child’s vision (and overall) health. An Australian study of more than 4,000 kids showed that those who spent less time outside were at an increased risk of becoming near-sighted.

What can we do?
Taking preventive measures such as increasing time outdoors and intervening early may help we may help us turn back the statistics. Start by seeing your eye doctor for an exam and evaluation. Call for an appointment today: (561) 338-7722.